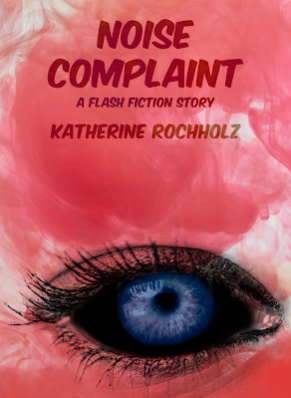 It was a lovely Saturday morning after a rain storm and on the horizon was a rainbow that seemed to cause the cactus needles to glint in the sun. I was on my way to my office, I had rented it after my books went viral and I had started my family. I was there daily, much like an actual job, and home on the weekends; but since my wife and children were in Florida sending me pictures of my wife’s parents and palm trees, I planned to sit at the office all day.
The office building was a nice place. There was a dentist office below the second floor offices, where mine was, on the same floor as me, there was a quiet little artist, a farmer (who always tried to give me samples of beets), and then there was the other artist. He was annoying with loud music and whatever metalworking art he did. But all should be gone today, leaving me with a quiet building. I came in with my latte and palled on getting a lot of work done.
Two hours later I heard the studio door down the hall slam and the loud music start. I groaned and got up, sticking my head out of my office and yelled, “RICHARDS! Turn it down!” All I got back was a laugh. I sighed but went back into my office to get some more work done. I wanted to finish the last two chapters to send to my editor before I got sucked into a conversation with my agent about my next book tour.
I went alright, though I still wished he turned the music down, until the first explosion. I sighed and tried to ignore him, it seemed to work better sometimes than yelling. But by the third explosion, I was furious. I got up and went and banged on the man’s door.
I stood there ranting and raving and then the man had the audacity to laugh. He turned his back on me and I grabbed his mallet and brought it down on his head. There was only a moment of panic before I sued his next explosion to hide what I had done. After all, his art was dangerous, and an accident happened, and the police found him when I went back and called them… For a noise complaint.
Six months later, I smiled as I signed my latest best seller: Artistic Murder. It was about a serial killer who killed artists and used their art to hide the bodies as well as their crimes.