The Huntress By Katherine Rochholz Coming 2017 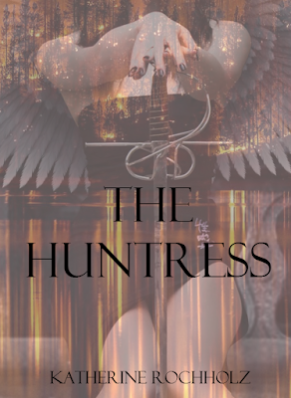 Contrary to many beliefs I am not a stupid person.  In fact I have a very  high IQ and can figure out almost any issue or problem.  Then why do people believe me to be uneducated and stupid?  I never graduated college.  Just didn’t have the money or the attention span.  But I work, make good money to.  In fact I am your typical middle class, maybe lower middle class, working woman.  What makes me different than most though is one simple fact.  That fact?  I am a serial killer.  Yep.  Dead bodies all over.  What shocked?  You thought you were going to read the journal of a nice Catholic girl?  Well you are, but I happen to have a dark side one that hunts down the scum of our society and kills them.  It wasn’t something that I sought out.   But then again some are born to greatness, others achieve it and others like myself never wanted it but had it thrust upon us.  How am I any different than the ones I kill?  Easy.  I have a heavenly presence demanding I kill them.  They are true monsters the ones I kill.  Soulless Demons and I hunt them down and kill them.  These are my stories.  My name?  Agnes Francis Black also known as The Huntress.  So join me in reading my last words…